“SOUNDS OF THE HOLIDAYS” AT PALM SPRINGS AERIAL TRAMWAY 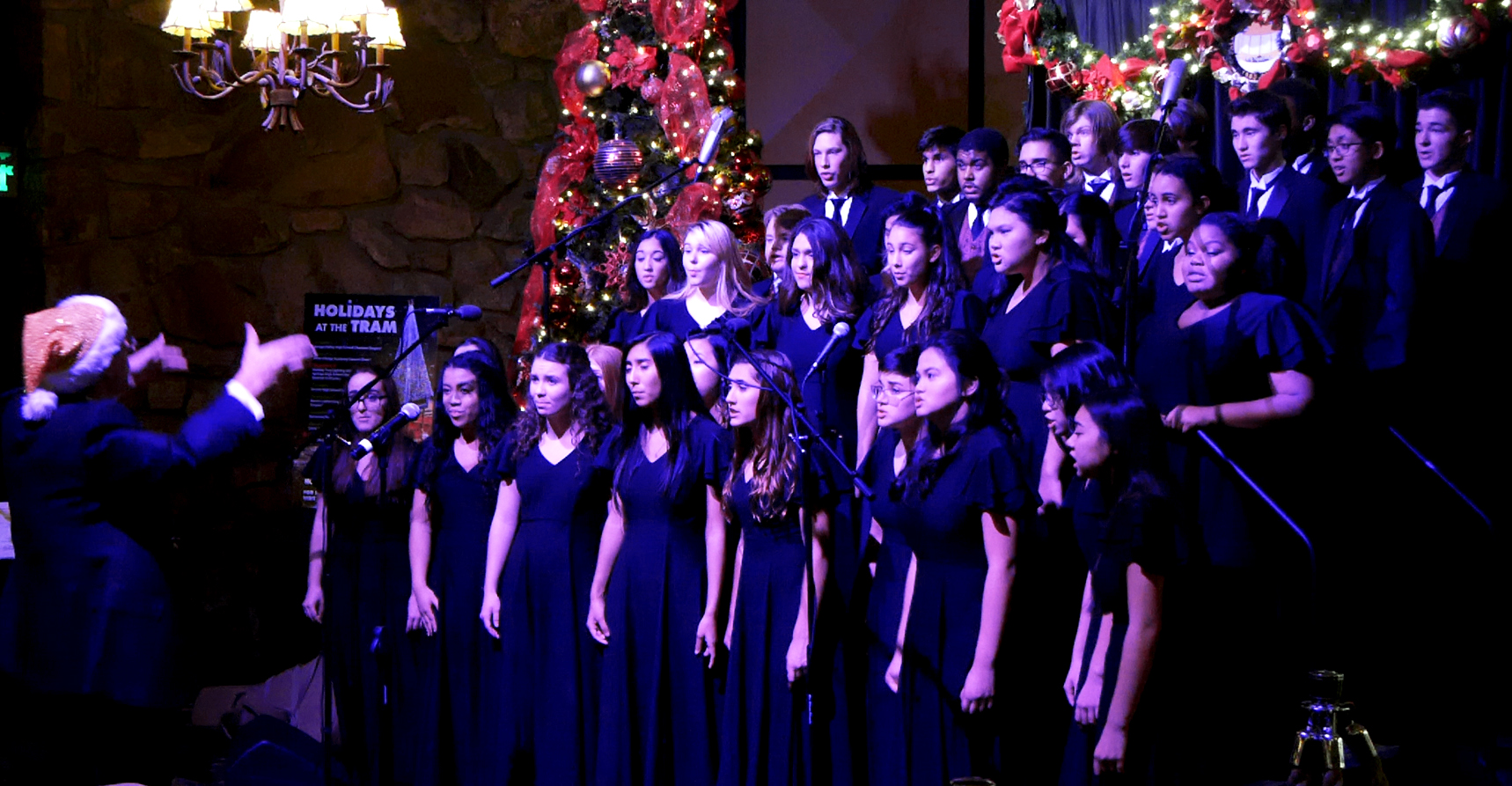 For the 2019 holiday season, the Tramway is proud to present the following line-up:

Show times are 5:00 p.m. and 7:00 p.m., and are complimentary with regular Tram admission. Performances are on the Pines Café Stage with food and beverage service available from either the Pines Café or the Lookout Lounge. (Note: The 5:00 p.m. performance on December 1st  is outside on the Desert View Terrace as part of the tree lighting ceremony.) Open seating (no reservations taken).

Peabody and Emmy Award-winning journalist, Hank Plante, will serve as the 2019 celebrity tree lighter for the Palm Springs Aerial Tramway’s Annual Tree Lighting Ceremony. Festivities begin at 5:30 p.m. on Sunday, December 1 at the Tram’s Mountain Station kicking-off with a holiday performance by the Palm Springs High School Madrigals & String Quartet along with a special appearance by Santa. Then Plante will  light the Tram’s landmark 45-foot tree comprised of over 4,000 LED lights, which can seen throughout the Coachella Valley.

Plante is the recipient of six Emmys and has covered California for three decades on TV stations in San Francisco and Los Angeles. He is the winner of the George Foster Peabody Award and was named “Reporter of the Year” by the Associated Press. He is now a resident of Palm Springs and serves on the Desert Sun Editorial Board, as well as providing commentary for NBC Palm Springs.

As one of the first openly-gay TV reporters in the United States, Plante has been honored by numerous LGBT rights organizations. In addition, he was featured in the documentary “5B” which was selected for the 2019 Cannes Film Festival and chronicles the first AIDS ward opened in the nation, which he covered as a reporter.

“For me the holidays are a time when we rise above our differences (which can be glaring if you work in the news business like I do), and we’re lifted up to who we really are: brothers and sisters getting through life together,” according to Plante. “Driving around the Valley, looking up at the holiday lights coming from the top of the Tram, I’m instantly reminded of that all through the Season. “

On Thanksgiving Day, November 28, Ride ’n’ Dine tickets—which include Tram admission and dinner at Pines Café (a cafeteria-style restaurant)—will be available for purchase beginning at 8:00 a.m. (rather than the usual 4:00 p.m.) Dinner service begins at 11:00 a.m. and ends at 8:00 p.m. Combination tickets are $36 for adults and seniors, and $23.50 children (ages 3-10). The holiday menu includes a mixed greens salad; a choice of oven-roasted turkey, beef a la mode or vegetarian lasagna; a selection of side dishes; and old-fashioned carrot cake or pumpkin pie. Dinner roll along with a small fountain beverage, coffee or tea are included.

Peaks Restaurant will begin serving their regular menu along with traditional holiday favorites at 11:00 a.m. on Thanksgiving Day. Reservations are recommended and may be made by calling 760-325-4537 or by visiting https://www.pstramway.com/dining/ .

This Thanksgiving, take a ride on the Palm Springs Aerial Tramway, stroll the majestic forests of Mt. San Jacinto State Park, and then dine while enjoying the most spectacular views in the entire Coachella Valley.

The winner of today’s 34th Annual Palm Springs Aerial Tram Road Challenge was CJ Hitz of Colorado Springs, CO, who ran the “World’s Toughest 6K” in 30 minutes, 49 seconds. The first female to cross the finish line was Lynda Weyman of Calgary, Canada in 40 minutes, 50 seconds.  Sela-Mia Howard of Bedford, MA, finished first in the youngest category (6 and under) and Bill Bell, age 96, finished first in the oldest category (90-120).

This year’s Male and Female Challenge Division Winners are:

1,201 runners and walkers participated in this year’s Tram Road Challenge. 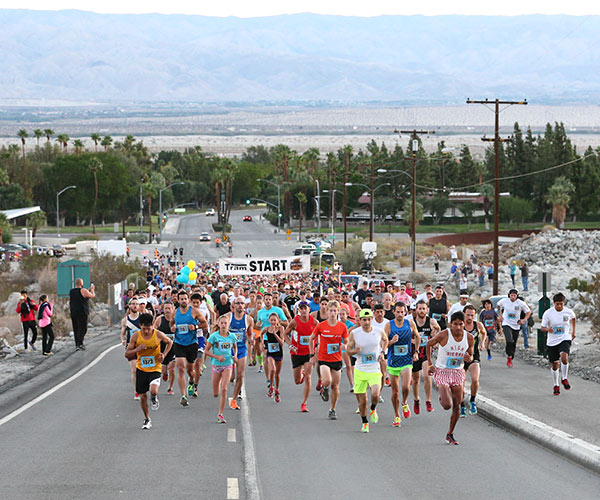 Special finishers’ medals will be presented to all participants along with a Cool Tech race shirt. Awards will be given three deep in each age category for both male and female finishers during an awards ceremony near the finish line immediately following the race.

The Tramway’s road will be closed until (approximately) 11:00 a.m. on race day. Spectator shuttles will run from 5:30-6:00 a.m. from the Palm Springs Visitors Center (all spectators and participants will be directed to nearby parking lots.)

For more information or to register for the race, please call (949) 444-2365 or visit www.tramroadchallenge.com.

The first Tram up is at 8am on the following holidays: